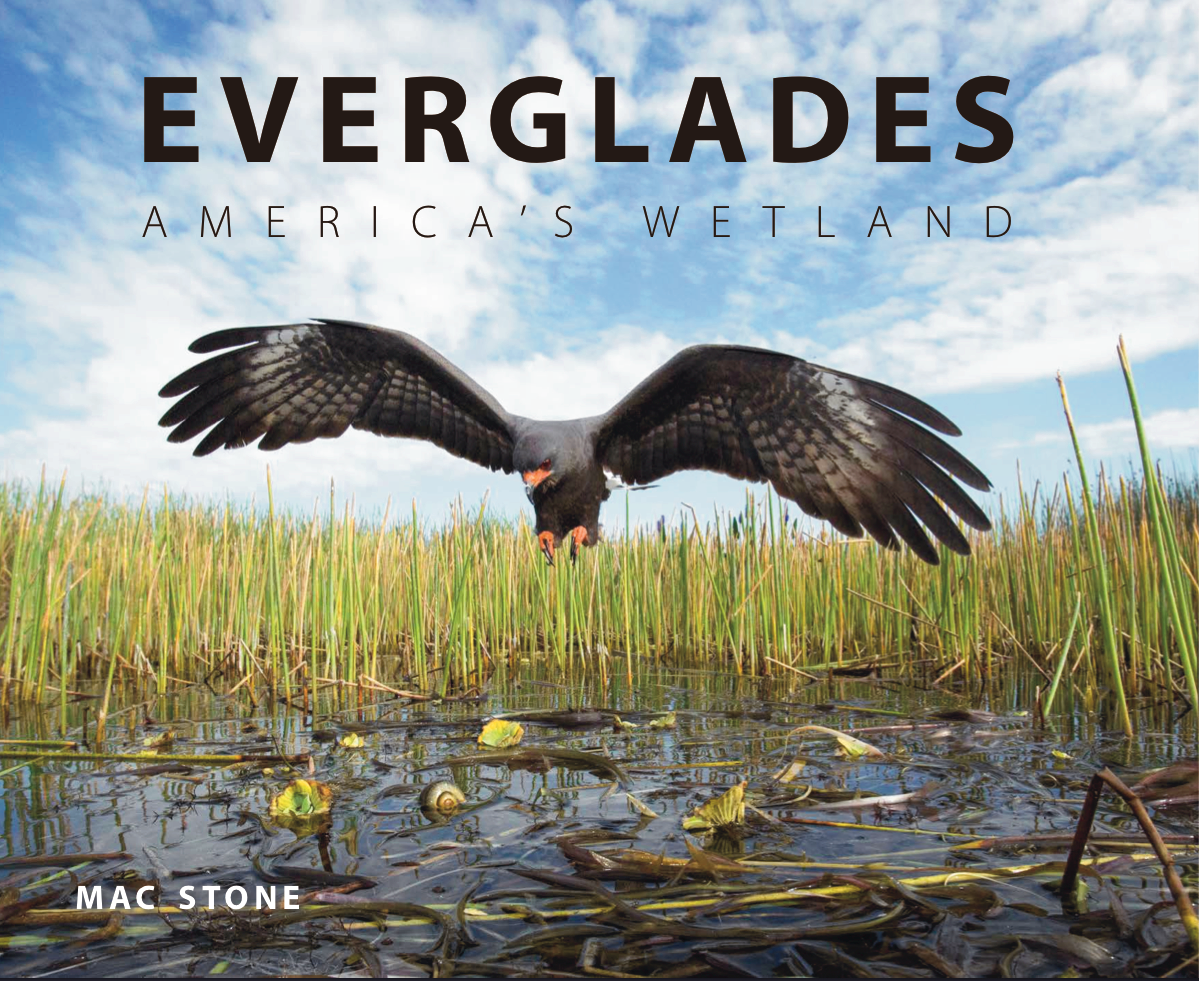 The time has finally come. Five years in the making, I'm proud to start the unveiling of my book, Everglades: America's Wetland. Published by University Press of Florida, this large format coffee table book contains 304 pages with over 240 images. I've had a hard time keeping these photographs under the covers, but I'm glad I waited. Along with some of my best unpublished (until now) work, the book has 15 essays from some of the top minds in Everglades conservation.

Before the book reaches it publishing date, I wanted to offer a pre-order opportunity for those of you who want signed copies and a discounted rate. I'll also be discounting a series of fine art prints to accompany the book. The book's website is www.EVERGLADESBOOK.com

CLICK HERE TO READ MORE AND RESERVE YOUR COPY

Growing up in Gainesville, swimming with manatees in Crystal River was somewhat of a rite of passage. I remember my first time so clearly, waking up before dawn and heading out into the cold morning, boating along a smoking river. I remember the initial struggle of convincing myself to jump in the water while my breath still materialized in a crisp cloud. And I remember seeing the giant mammals three times my size yet graceful, pensive and at home in Three Sisters Spring.

When I started getting into underwater photography, I knew I'd eventually return to immortalize that same wonderment I felt nearly fifteen years before. This winter, when I got a call from Carlton Ward Jr to spend a few days looking for aquatic cows, I packed up my truck and headed out.

The forecast called for rain and thunderstorms on the second day and we were a little discouraged because we came to an empty spring on the first. By this time in the season, the daily temperatures were rising and we weren't too hopeful that we'd find manatees. That morning, a massive storm cell was pounding at the roof and with a only a few hours of sleep under our belts, the snooze button cried for mercy when the alarm went off. It was a combination of the fear of total failure and faith that something good might happen that ended up dragging me out of the house. So, at 5:30am albeit reluctantly, we geared up and took off to the water. 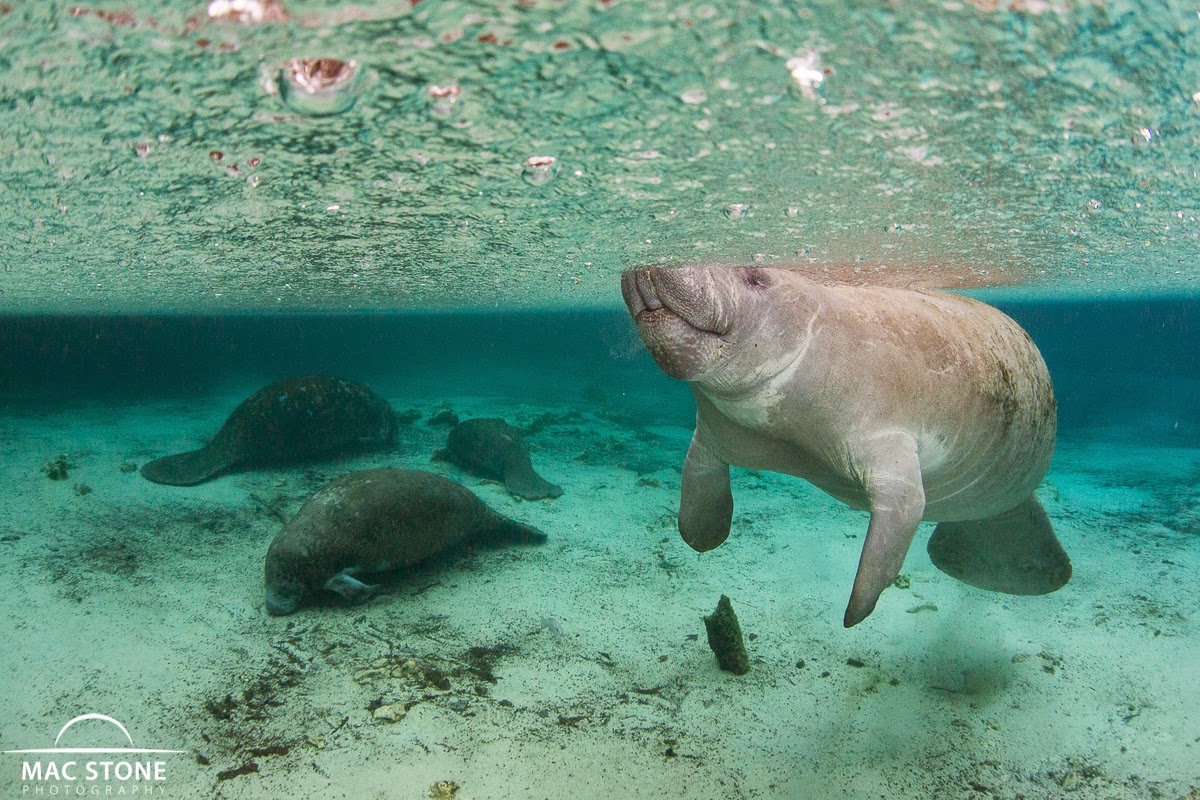 We swam, hauling our gear and a dive flag for what seemed like a mile. Going into the spring run, it was dark but crystal clear. Floating at the surface, all I could hear was a barrage of rain pounding hollow notes on my wetsuit while thunder bellowed overhead. When I submerged, there was silence. Ten yards ahead a group of manatees slept next to the spring boil. It was absolutely magic. 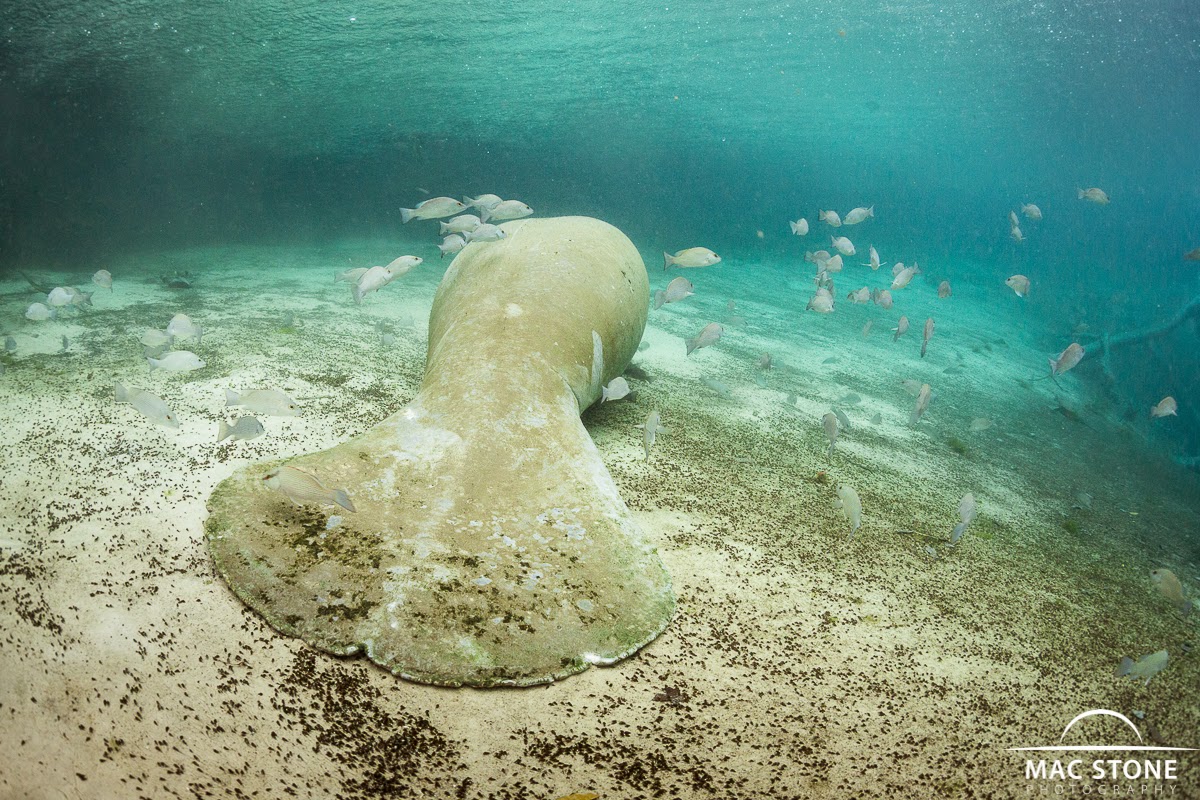 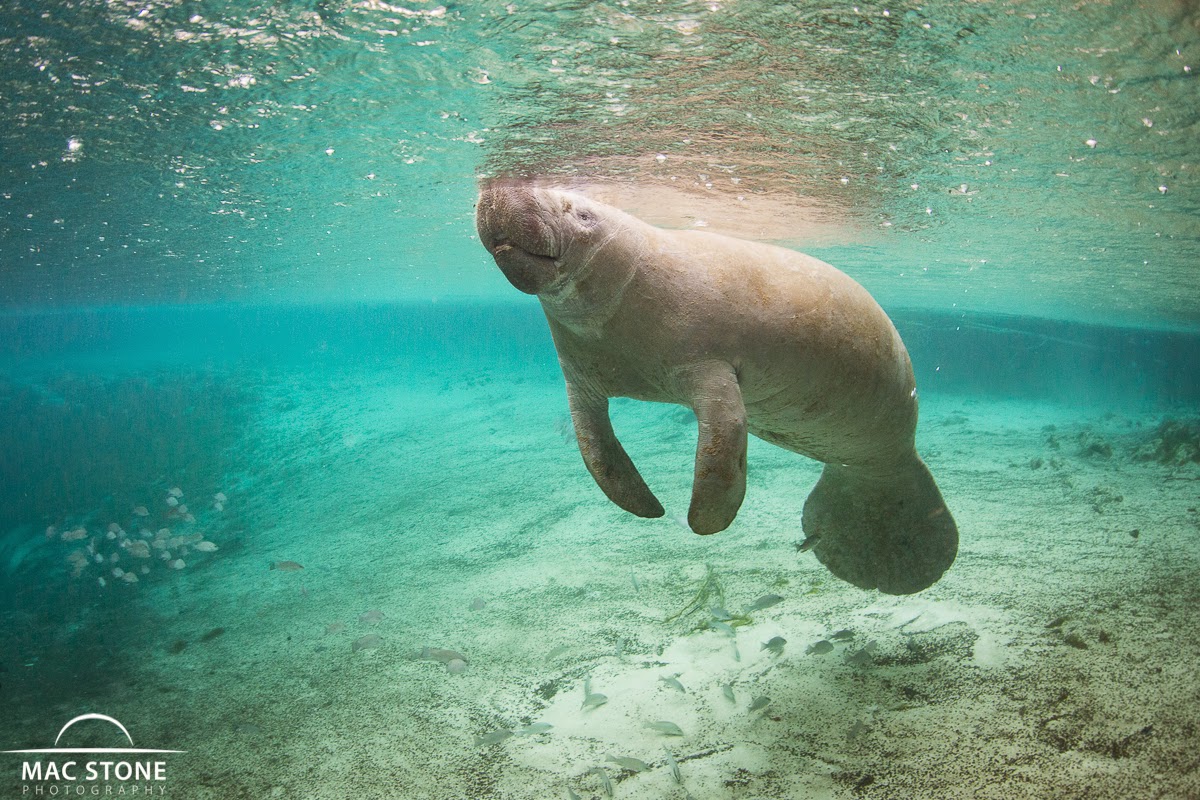 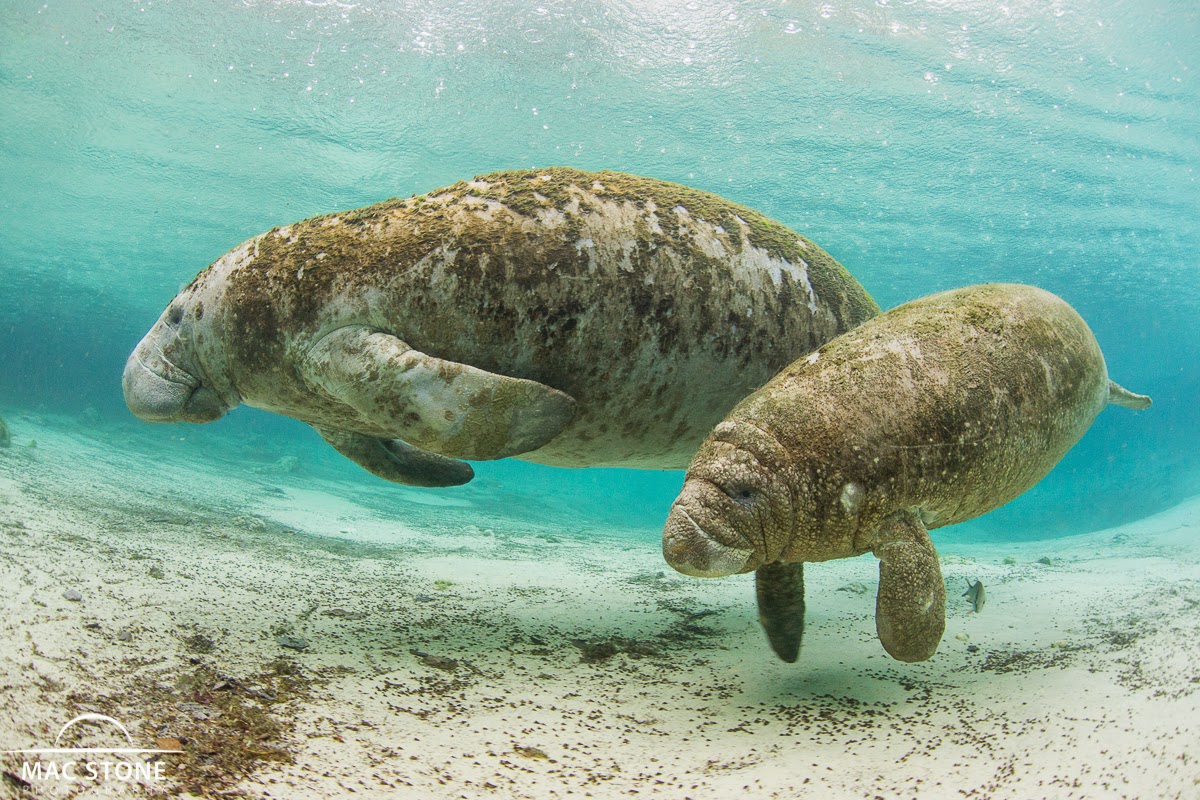 The rain created an incredible atmosphere. Looking up, the intoxicating arctic blue of Florida's springs was accompanied by liquid diamonds dappling the surface. I couldn't believe my luck. 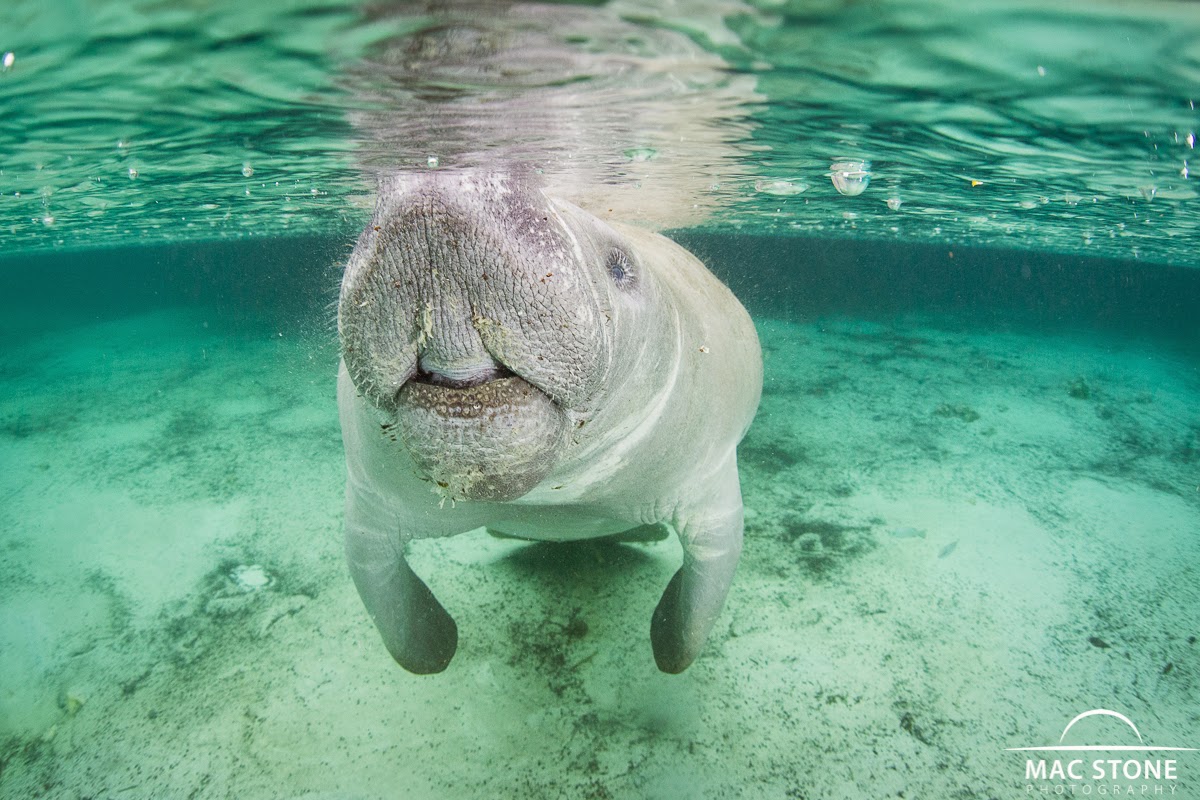 We enjoyed the intimate session with the manatees for almost an hour before a group of eager snorkelers showed up. I hate to admit it, but I loathed that they intruded on our private session. I had heard plenty of stories about tourists scaring the manatees and murking up the water. 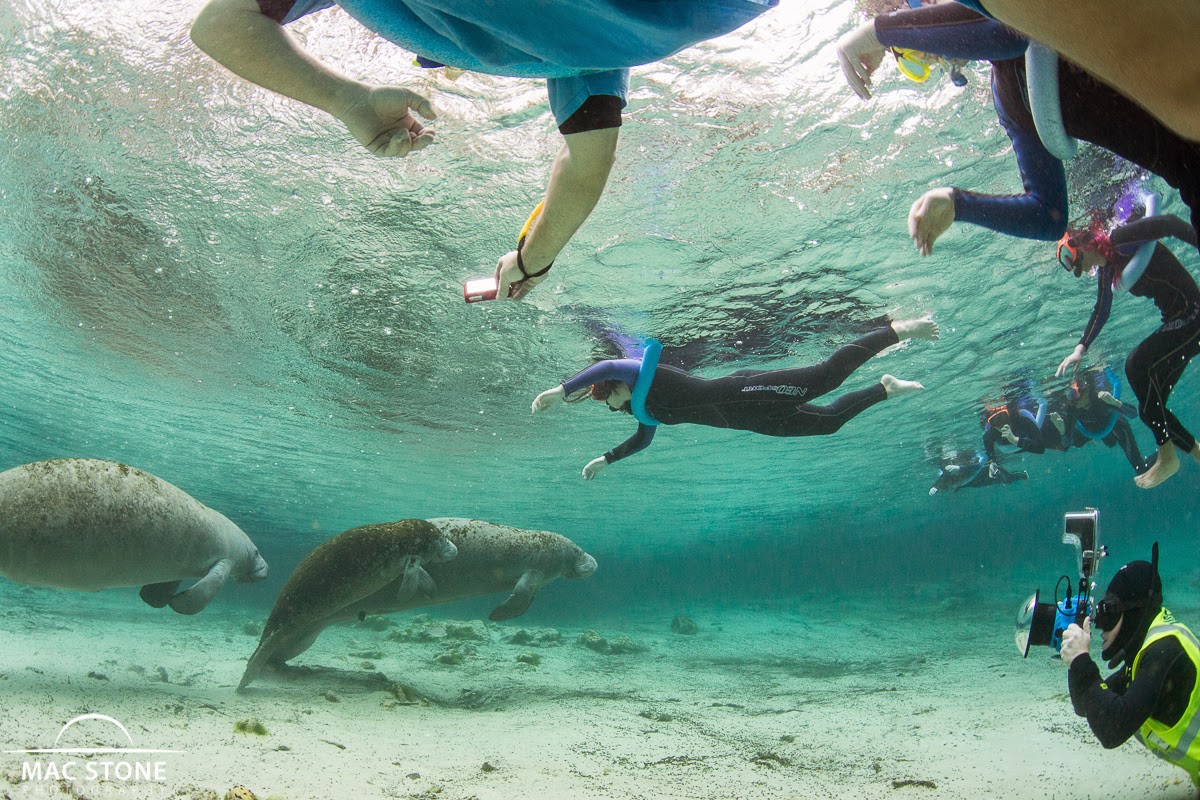 It was a rainy day, though, and the groups were small, maybe 60 people total came through. The longer I spent in the water I started to notice that the tour operators corralling the visitors were deliberate and extremely attentive to how the manatees were approached. Each visitor was required to watch an instructional video on how to swim with manatees beforehand and it showed. The visitors floated at the top of the water column, not disturbing the sandy bottom, and they enjoyed their safe distance, probably never to forget their experience of swimming with the gentle giants. Then, they left, and the manatees stayed, sleeping in their cool blue sanctuary.

There's something to be said about proper wildlife management and responsible business owners working in tandem for a mutual goal. In my years of being outside and working my way around tour groups, I've never been so impressed with how well they balanced their excitement with their stewardship. Education is the key, and I'm stoked to see it worked. USFWS invested in making the videos and speaking with their local tour operators and it has paid off. Go team. 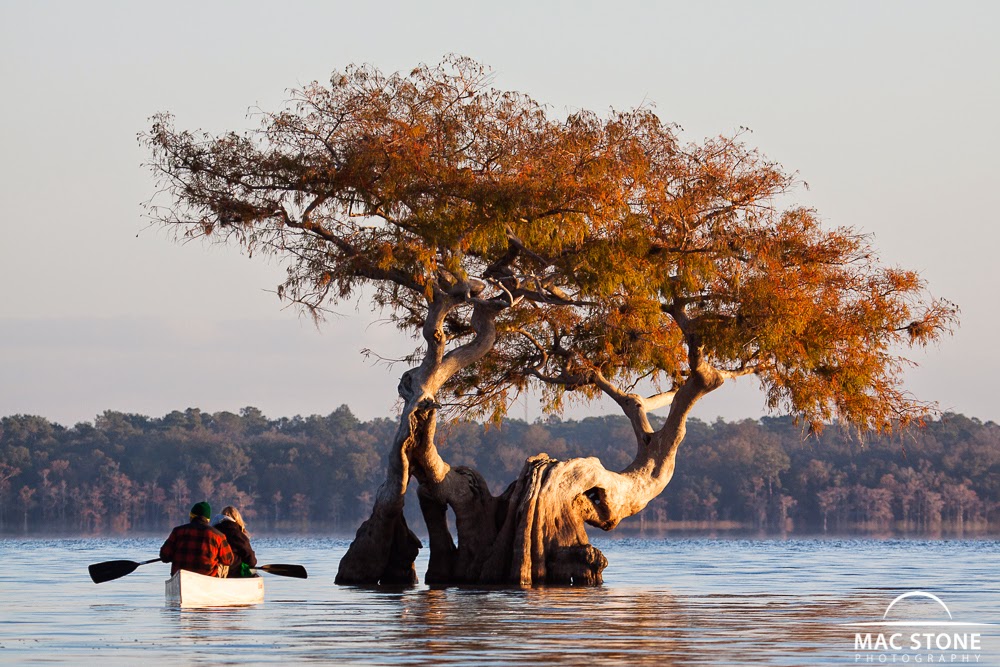 When I first visited Cypress Lake I fell in love and I knew I'd come back. Actually, I knew I'd return for one particular image but it took a few years. This is a recurring pattern for me, especially regarding locations I shot early in my career. Looking back on old images with fresh eyes, the ideas of what could have been start flooding in, and burrow under my skin, itching.

As a child sees a covert fortress in a pile of couch cushions, I saw days of entertainment in this twisted wooden jungle gym. So, when the time was right, I called up my good friend Joe Guthrie and told him we'd be sleeping in trees for the weekend, again. 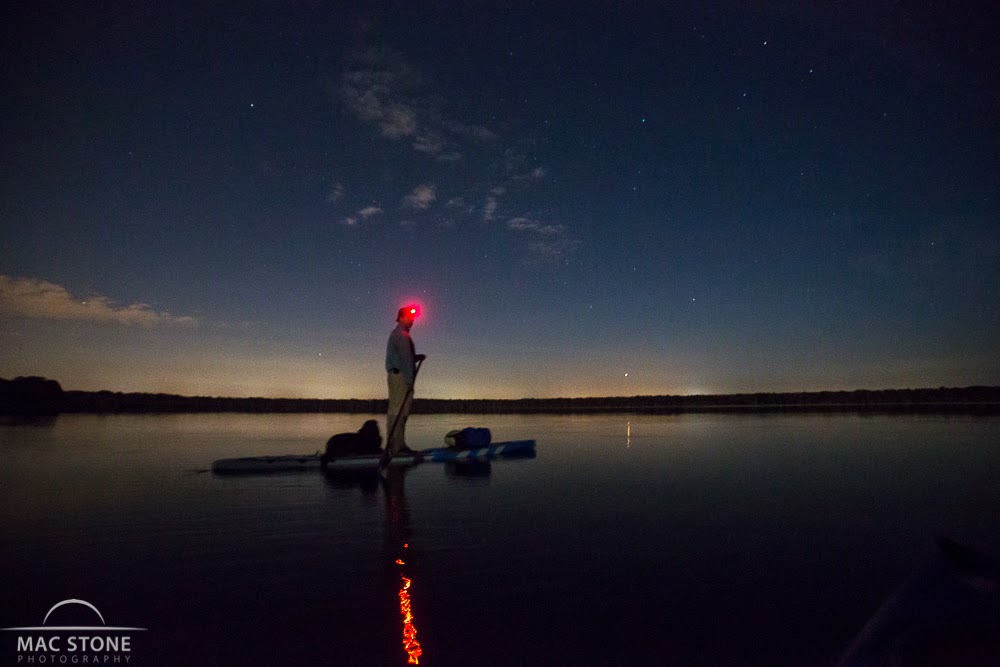 In classic form, we didn't get out on the water until well after dark. With his dog Wallace in tow, Joe paddleboarded while I stuck to my trusty kayak. Reaching the shoreline, the moon was on the rise and everything turned to magic. 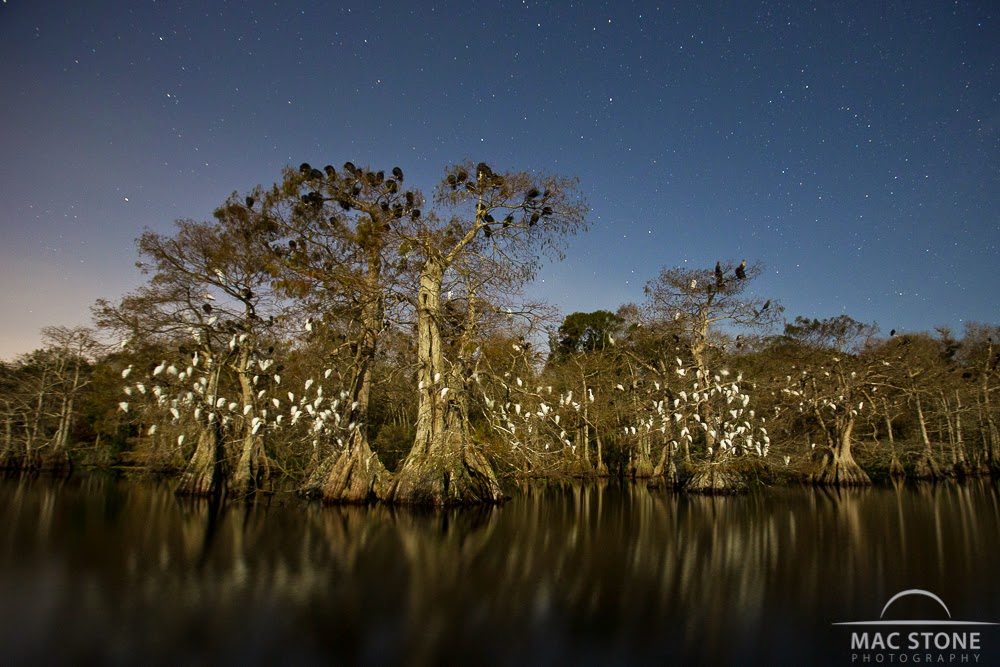 The hierarchy of the species, egrets roost closest to the water while the vultures and anhingas stayed towards the tops of the trees. This 30-second exposure was made possible by my 10-foot tripod that spared only a foot above the waterline. The trees were illuminated by the moon. 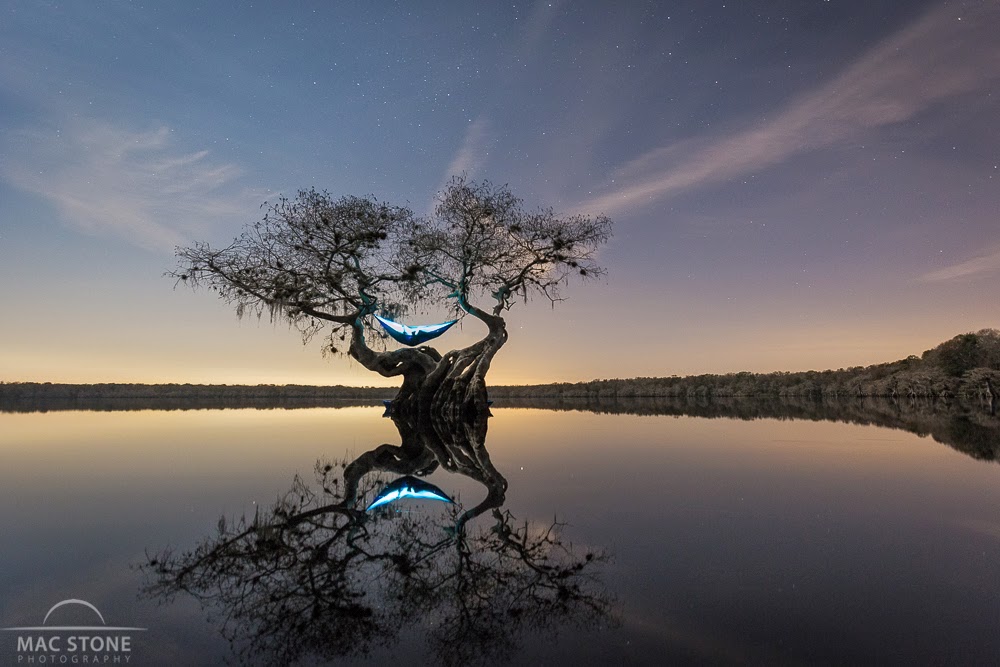 The first night, I didn't get any sleep. I was fired up exploring the shoreline and making long exposures. The moon was so bright I didn't even bother using a headlamp. Weaving in and out of the cypress trees, floating on a mirror of stars, I couldn't have been happier. Around 3:00am I set up my hammock and began playing around with different compositions. Everything takes much longer with night photography, especially when you throw people into the mix. To make this image, I had to set up my tripod, then set an intervelometer to expose an image every 30 seconds. This gave me time to paddle to the hammock, light it up, and try again, and again, and again to make sure I got one usable image. I'm pretty sure you need to be some kind of insane to go through this process at this hour, but I was so drunk on insomnia and delirium that it felt like a good idea. The glow of a nearby city gave a soft gradation to the sky, but at this point the moon was so high that the stars were only a faint glitter. I knew I was onto something, but it wasn't the image I had in envisioned. I made photos all night, cracked out on adrenaline, and before I knew it, dawn was fast approaching. 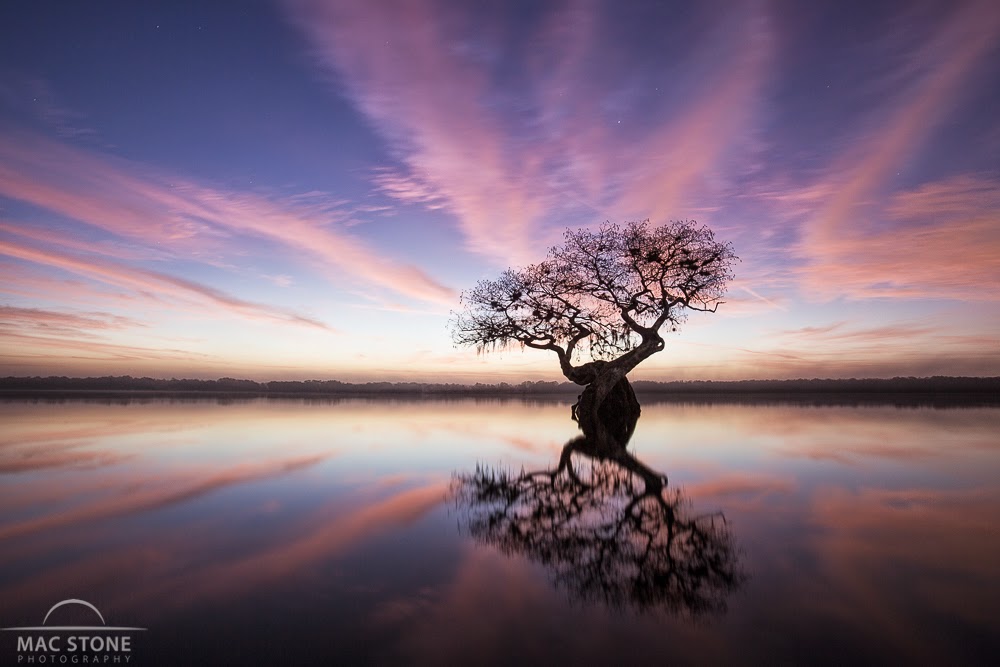 Predawn was spectacular, and it came faster than I anticipated. I had to act quickly to take down my hammock and get the right composition, slowly moving my massive tripod through the water. The clouds couldn't have performed a better symphony of color and form, radiating from the leafless branches of the tree. Mustering the last of my energy reserves I paddled out further and made a few more compositions along the shoreline of the other gnarled cypress trees in morning light. 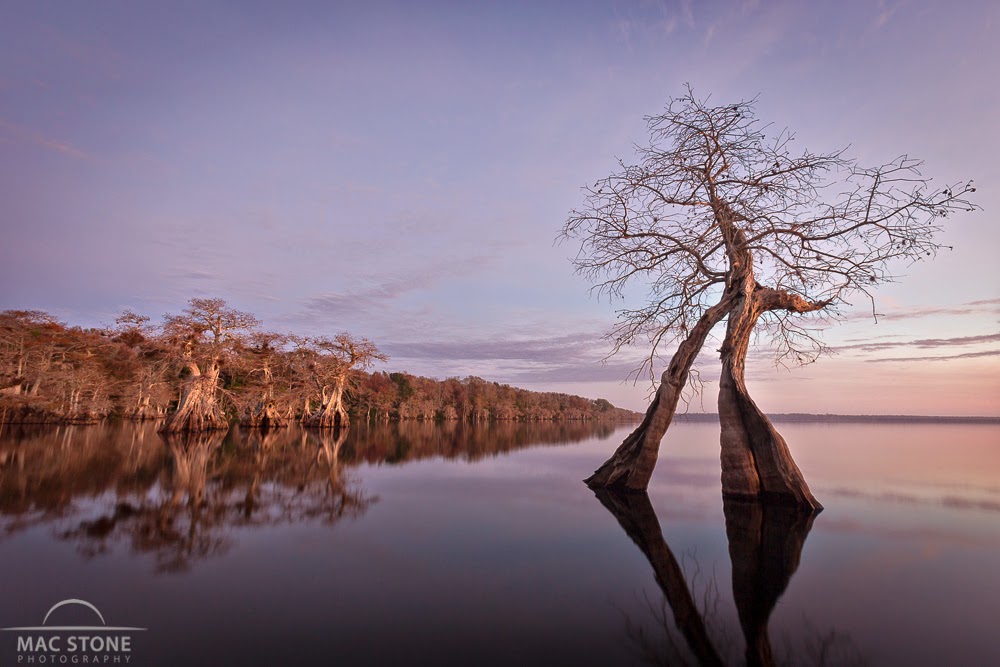 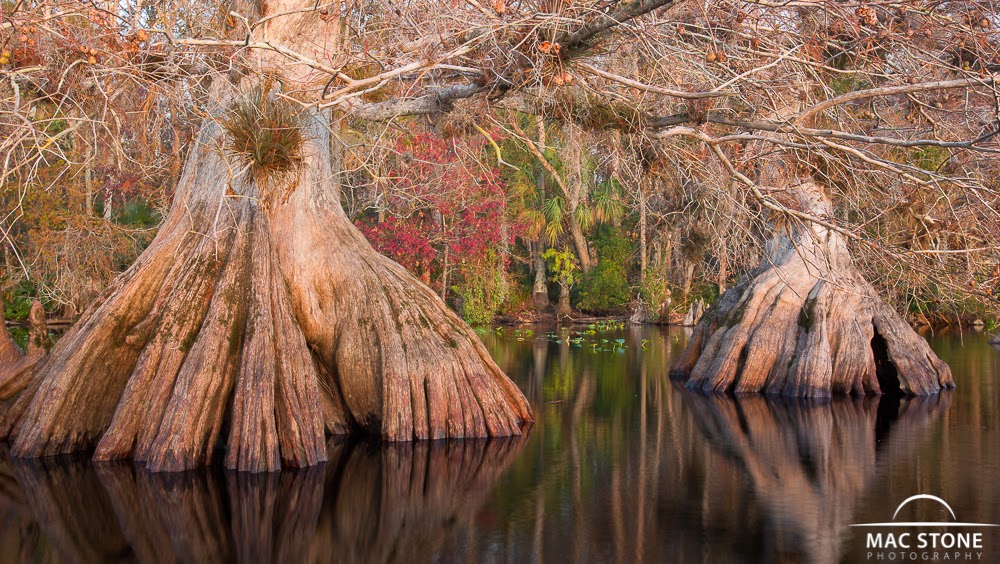 By this time, my body started to shut down. The soft winter sun and crisp breeze flapped through my hammock, calling me to bed. It was 10:00am and I slept hard for an hour. 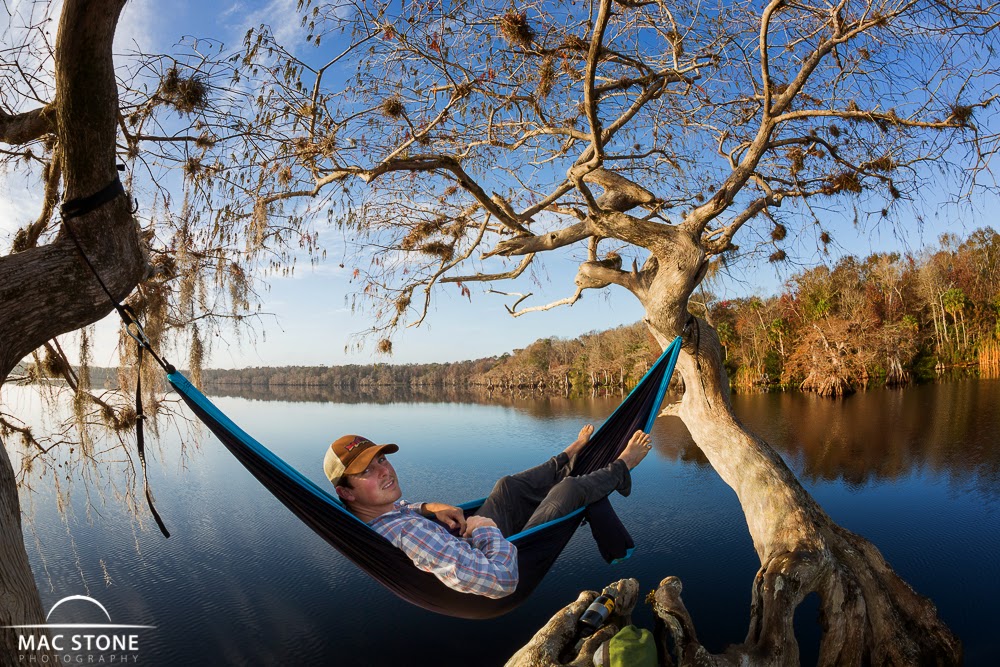 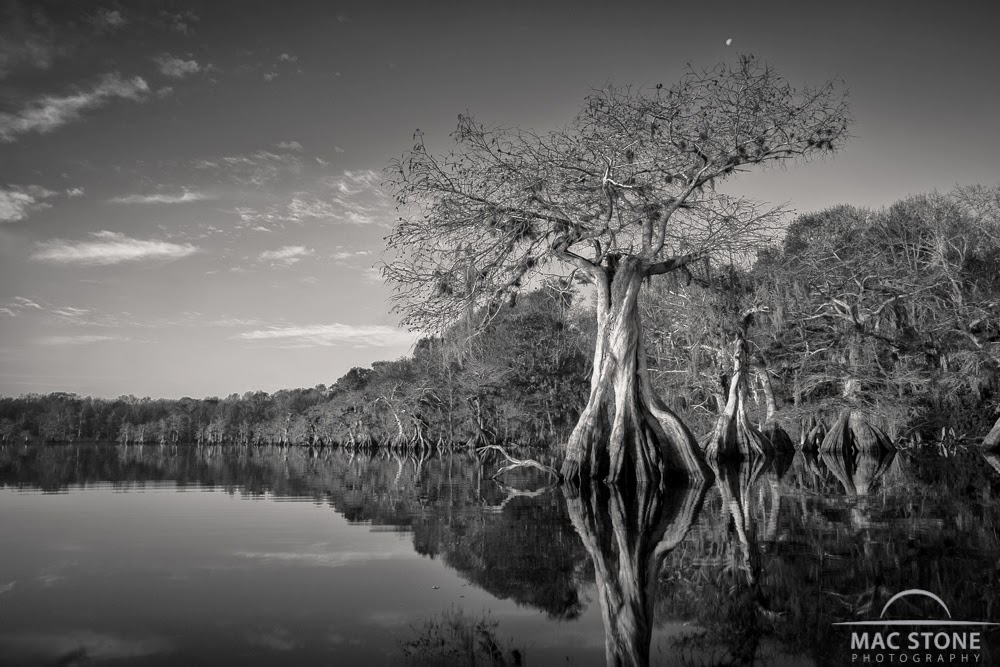 When I woke up, I began scouting a better composition for my ideal hammock image. After eating some warm mac n cheese and tuna (my favorite camping food), Joe and I paddled out to prepare for sunset light. We were not disappointed. 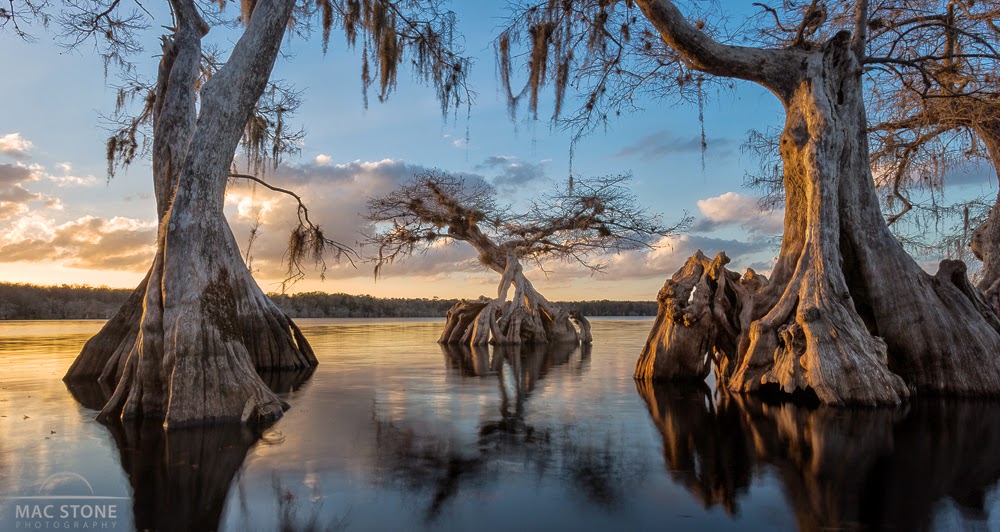 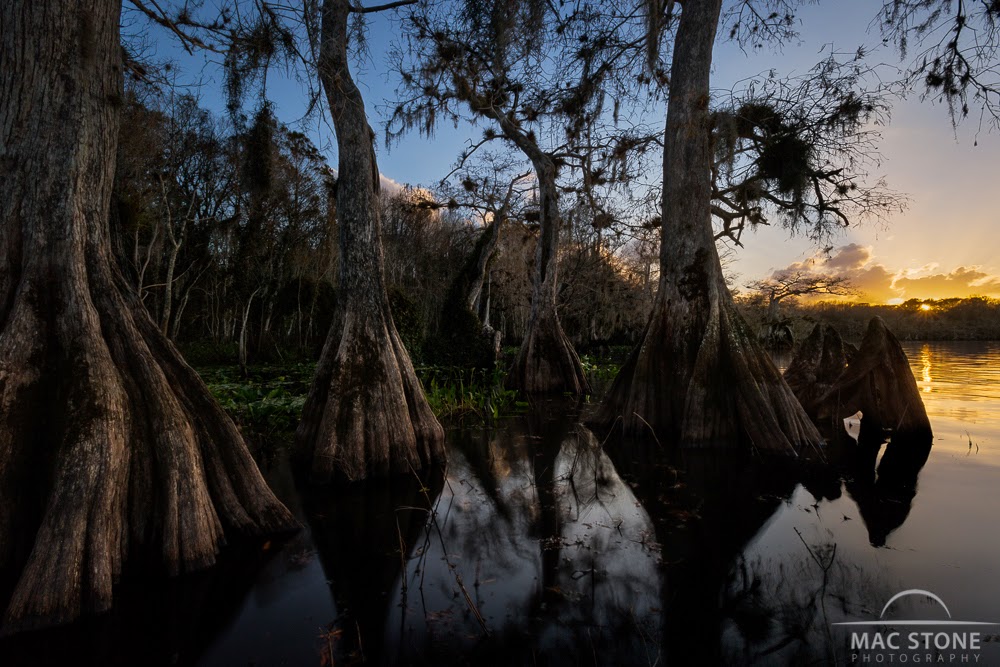 Once the sun set, we gathered up our gear and headed back to camp. A waning gibbous moon, I knew I had a couple of hours until the sky was dark enough for stars and moonrise. Still, I didn't want to be caught unprepared when the good light presented itself. Just like sunrise or sunset, during long exposures, a rising moon casts a warm and low angle light, exaggerating contrast and texture. Just as planned, the stars put on their show, the moon was right on time, and Joe crawled up into the hammock while I worked the camera. 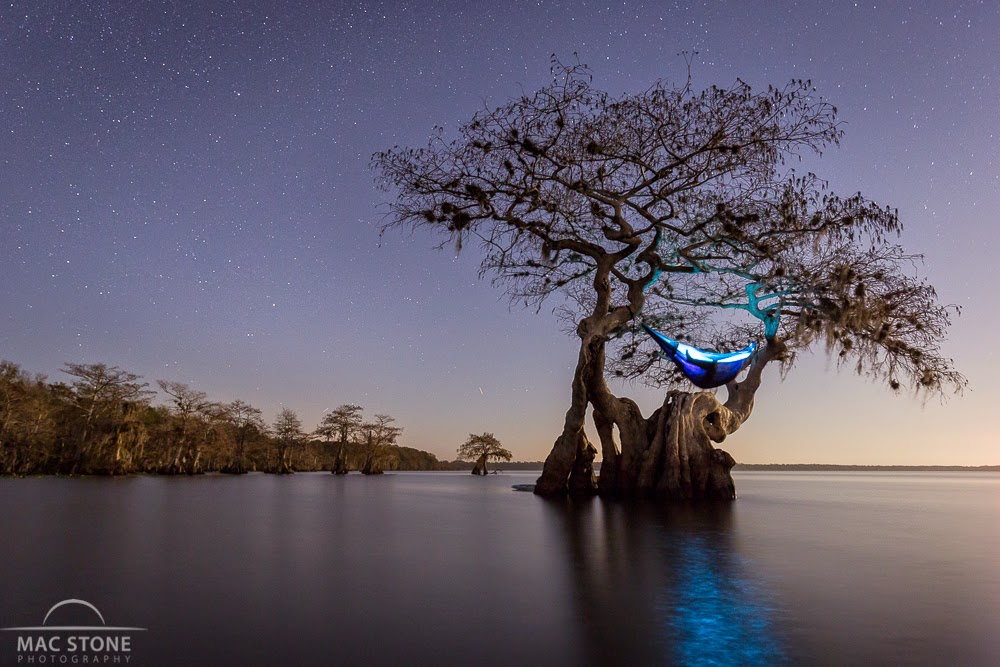 After five years of living under my skin, The Dreaming Tree was finally born. That night Joe and I stayed up planning the next adventure, thinking of ways we could top this trip. I slept like a baby. 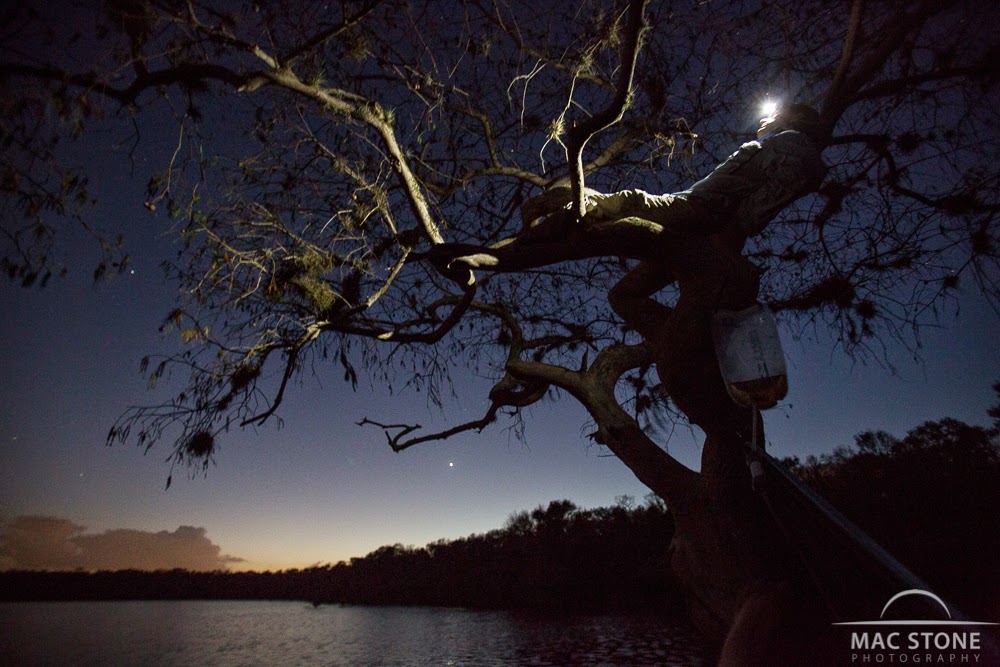 In the morning, I fought every urge in my body to get up before dawn and sit in my wet kayak. I knew it could be another year or two before I came back, so I wanted to squeeze every little drop out of this place. It paid off, because when the sun reached the trees, it was one of the best light shows I've seen. All in all, I'd say the two nights and two days on the Lake were pretty productive. I'd love to hear your thoughts. 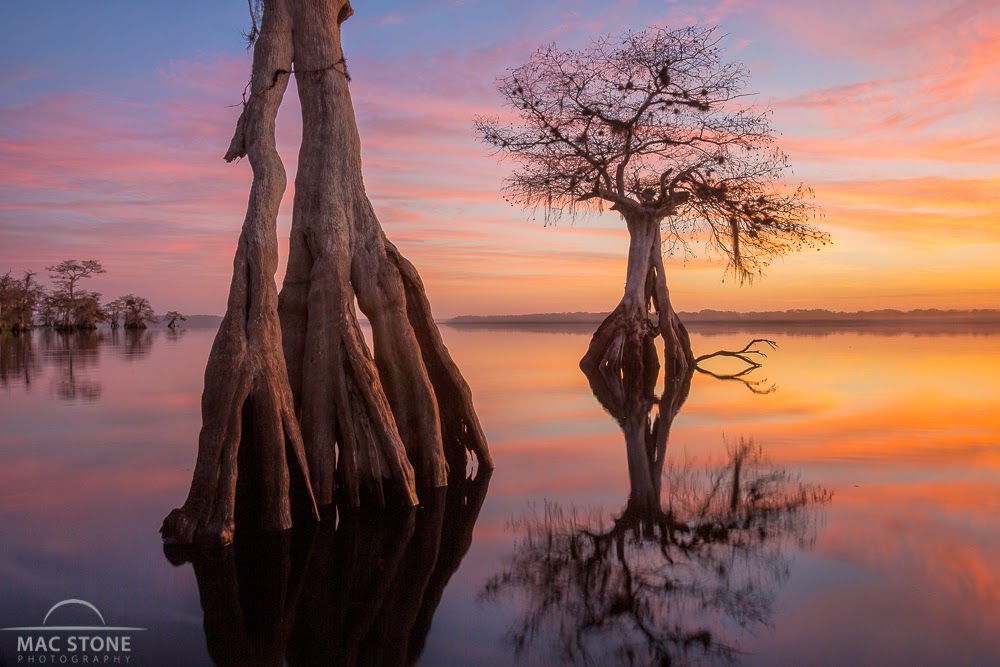 Lately, I've been enjoying spending longer hours outdoors, shooting well after dusk and painfully many hours before sunrise. The cool tones of a cold night under skies peppered with millions of celestial bodies brings us into a world that is today too commonly choked out by unfeeling fluorescence. Photographing these nightscapes has doubled the size of my artistic palette while also incentivizing me to strive for multi-day trips.

By packing up our cameras after sunset, we're missing out on the most magical hours to be outside. When I was growing up, the main course of swimming and paddling was only made sweeter by the dessert of campfires, stars, and rumbling thunderstorms. At the edge of night I feel alive, and in some places chewed alive by mosquitoes. But no matter what the case, it's always worth clicking a few more frames. 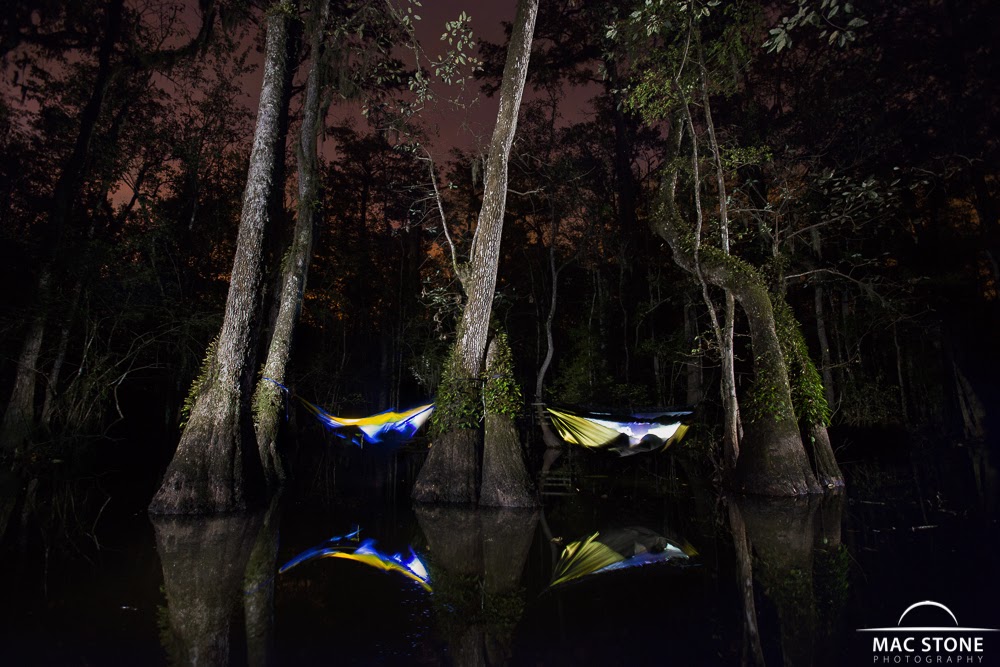 In a perfect world, I would be out on a new expedition every other week. The thrill of packing up everything you need and living out of a kayak for four days is as liberating and empowering as walking around the house you bought, naked. When I start brainstorming these trips, it's always fueled by some type of fanciful photo I want to make and then the rest of the trek becomes a blank canvas to be filled with adventure and discovery.

My friends Van Whitehead, the deputy director of Upstate Forever, Mark Musselman the property manager of Francis Beidler Forest, and Joe Guthrie from the Florida Wildlife Corridor Expedition all thought this was a pretty good idea after looking at maps back in May. A bold one, though, it looked doable—or at least worth a try. It would be a maze of braided cypress sloughs and lots of backwoods portages over fallen trees through Four Holes Swamp for roughly 80 miles until we reached the ocean at Edisto.

As with all adventures, nothing goes as planned, and that's alright with me. The purpose was to follow the blackwater through Four Holes Swamp, down the watershed and natural corridors to the Edisto River (the largest free-flowing blackwater river in the US), and out to the ocean. South Carolina's state director of Audubon, Norman Brunswig, along with many other organizations has been protecting properties along this watershed for over 40 years, including the largest stand of virgin cypress and tupelo swamp in the world. Navigating some of these areas on a four-day trek would hopefully lend better insight as to the great accomplishments that have been made and also what more can be done. 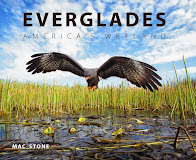 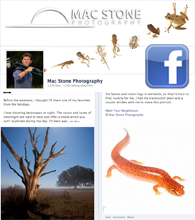